Summary: This is one of the many types of augers now available for ice fishing. It has its own applications and is not a bad purchase for the price.

The Nils USA Cordless Drill Auger is a pretty unique ice fishing tool. It is basically a hand auger with a twist. If you take off the handle you can connect the auger to any decent cordless power drill and turn the unit into a power auger!

I first tried the Nils USA Cordless Drill Auger back in 2015. It was new on the scene at the time, or at least new to me. A friend was asking about various augers as he planned to move up from the hand auger he was using. I didn’t have much to say about the drill auger when he asked, but it did seem interesting. He wanted to get a full power auger but didn’t have the money so he ended up ordering the drill auger.

We were able to take it out on the ice and test it out about a week later. I wasn’t totally blown away by the auger, but I wasn’t disappointed by it either. He seemed to be more than satisfied though, since he was able to drill several holes without struggling with a hand auger. 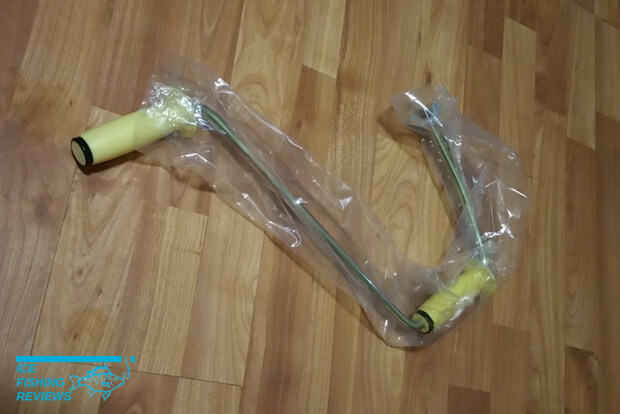 The Nils drill auger comes in a long cardboard box with an image of the product on the side. Inside it’s backed up with plastic over the blade to keep it sharp. There is a big offset handle you can attach with a pin to use the thing as a traditional hand auger. Or you quickly and easily attach it to a power drill. Of course they don’t include a cordless drill with the auger. You have to provide that yourself.

Now, you want to use a decent power drill with some torque and an extra battery. My buddy uses a cheap drill he picked up on sale at Harbor Freight. It works good enough but he usually has to switch batteries after drilling about a dozen holes on a cold day. So when he has two batteries that means he only gets about 24 holes.

I brought out my Ryobi One+ drill with 600 pounds of torque once and we tore through the ice. The auger was drilling as fast as the gas auger I was using at the time, and it was a lot cleaner and quieter! We only used one battery that day and we drilled around twenty holes. 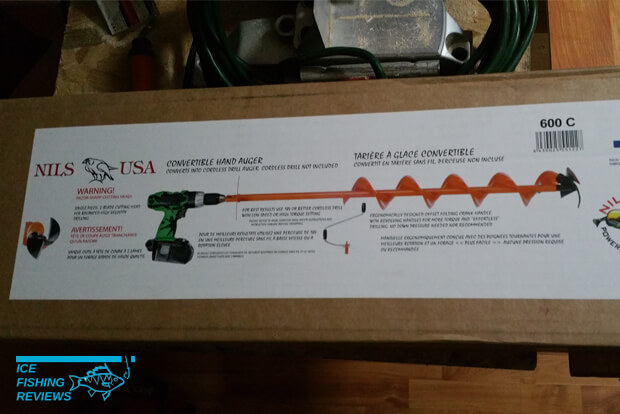 There are a few issues with the Nils auger. One is that it drills 8 inch holes. Depending on where you are fishing and what you are fishing for, that can be a good thing or a bad thing. I usually go for a ten inch hole in most situations, but unless you’re catching huge fish an 8 inch hole isn’t bad.

Another thing about the Nils auger is that you don’t always get the best connection between the auger and your power drill. Sometimes it loosens up even as you are drilling your holes. I asked my friend about this today. While he has never actually had the auger disconnect from the drill, he says he has had some close calls. So he always keeps one hand on the smooth part at the top of the auger when he drills so he could grab it in the worst case scenario.

Nils augers are famous for their quality. They build very nice products, hence the price. You can get a gas auger like the Eskimo S33Q8 Sting Ray for around the same price as a Nils drill auger, but then of course you have to deal with mixing fuel, getting gas on your hands and noise.

To tell the truth, the new lithium power augers like the ION 19150 are infinitely better than the Nils Cordless Drill Auger. But they are also about twice as expensive. For the price and convenience, the Nils drill auger isn’t bad at all.

The Nils USA Cordless Drill Auger is available at Amazon. 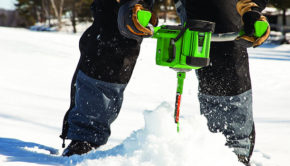