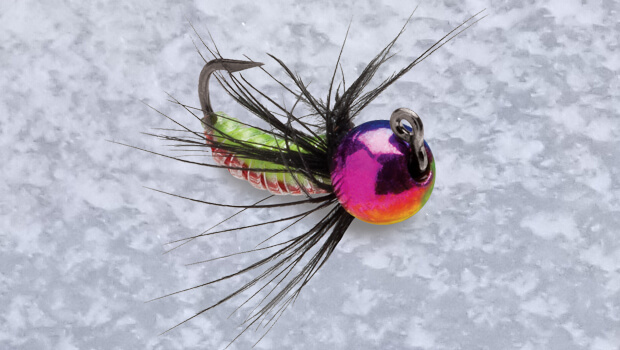 Summary: These well dressed and dense little jigs fit the bill completely and I know they catch fish. I just haven't had success with them on the ice.

The Tungsten Fly Jig from the VMC company is one of the many new intricate jigs that has come on the market in recent years. Unlike a lot of ice fishing jigs that are little more than a metal jig head on a hook meant to be tipped with soft plastics or live bait, the VMC Tungsten Fly Jig is fully dressed and ready to fish out of the package.

The name of the VMC Tungsten Fly Jig is quite fitting then. It is a a jig made of a big tungsten bead slid on to a small jig hook with a body tied just like a fly. The jig comes in a number of colors. There is a white jig, a black jig, a pink jig, a metallic gold jig with a brown body and even a multicolored metallic rainbow jig.

There are different sizes available too. I’ve fished with the 1/32 and 1/64 ounce versions. Apparently they run even bigger than that. I usually fish for panfish and trout so I haven’t gone with the biggest jigs yet.

Although the tungsten beads are tied in place rather than soldered on they stay where they belong. The bodies too. They are tied like a fly complete with hackle but the actual body material is a sort of firm plastic that lasts long and keeps everything more or less in place.

The jig hooks used ensure that everything sits at a perfect ninety degree angle for a proper horizontal presentation and the weight of the jigs gets them down in the strike zone quickly. They look good too. They resemble a lot of aquatic life and seem like they would catch a lot of fish. 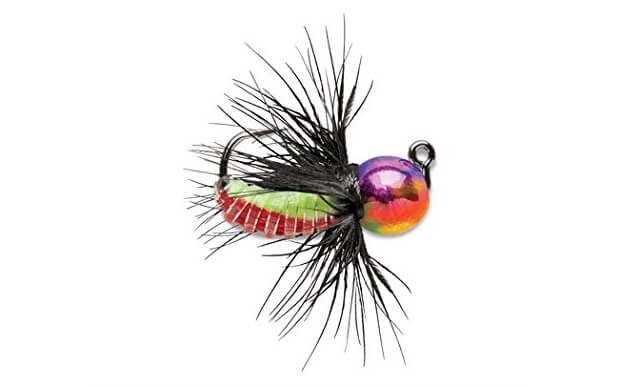 So what gives? I have been using these jigs for two seasons and I have yet to catch a single fish with them. Well, at least through the ice. I’ve dropped the VMC Tungsten through holes over panfish, trout and bass without being able to actually to hook any. I haven’t fished them heavy but I have given them a chance. In most cases I switched to these jigs after catching fish on other lures, so it was never a case of “the fish ain’t biting.” It’s tough to fish them too long without a bite when you know you can switch back to another jig and be back into the fish.

I still have a lot of faith in these jigs though, and not only because I have caught a lot of fish in open water with them. Crappie and trout at the very least gobble these jigs up when fished under a float outside of ice fishing.

If it turns out that these ice fishing jigs are good for open water fishing and nothing else, I still won’t be all too disappointed. But I am sure that these jigs are going to produce fish for me on the hardwater. I look forward to dropping them down some holes again this coming ice fishing season.

I have stocked up on VMC Tungsten Fly Jigs in a range of sizes and colors. If you’re interested in them you should consider doing the same as they often sell out by the time first ice rolls around.

The VMC Tungsten Fly Jig is available at Amazon. 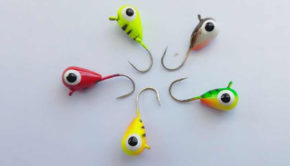 Why to use tungsten jigs when ice fishing → 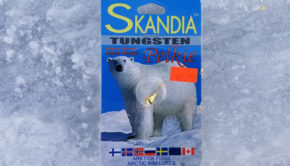 Review of the Skandia Pelkie Jig → 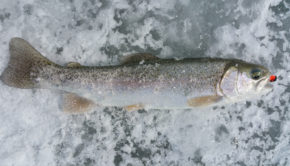 Review of the Marmooska Jig → 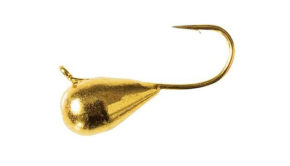 Review of the Clam Drop Jig →